I understand it does not work well with anti-d’s. I would have to stop, I am on duloxetine and there are withdrawals. Does cannabinoid oil really work? I initially started a regimen of 10 drops twice a day. Even though it controlled my appetite, in the beginning, and got me up early. I’m now, after a few days, back to my old antics of eating much and laying in bed till the alarm goes off. However, I don’t have the feeling of having to force myself to do something and my sleep is much better.
Any help would be appreciated. Thanks

I have not read where CBD oil effect antidepressants?..Could you put a link in?..It works on your CB 1, and CB 2, receptors, and is an anti inflammatory. I vap, and cook with CBDs daily…I have read a lot on medicating with MM.

Hey DavOD,
From what I understand this is all a heavily debated subject. One theory is that it is not so much an interaction between CBD and the antidepressants, but more that the CBD has an effect on the brain and the antidepressants also act on the brain. Is there an interaction? well, because govt’s around the world have restricted the science on cannabis for decades via the UN convention on narcotic drugs(1961), the science is only now being really looked at. So the full list of interactions and how they work is really unknown. Cannabis was listed as having no therapeutic use nor value whatsoever, they now know this to be false. But in my opinion it will take years before they can fully establish all of the benefits. Appetite is certainly improved with canna, well, mine is anyway lol
Merl 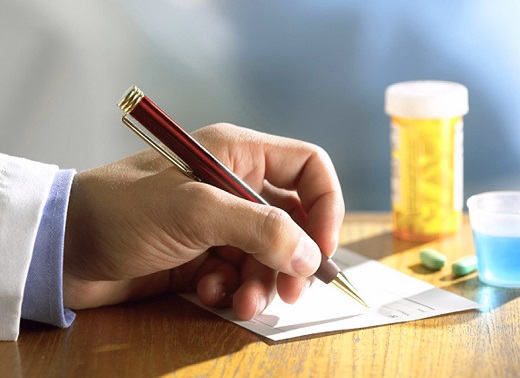 Some of CBD's side effects can be dangerous if you do not understand the Cytochrome P-450 System. Discover which drugs are dangerous to combine with CBD.

Well from reading that info, first it “may” effect…and its over all effect will be slown or you may need more of your prescription…To be blunt, that couldnt be more vauge…But good info non the less, and good idea for people to take caution…

Cayenne Pepper is a great appetite suppressant, I take at times 1 tea spoon in about 500ml of water. You can take half to begin with. Taking it before meals three times a day.

I have been looking in to taking this CBD oil, it sounds great for my Epilepsy.

My va shrink approved which is surprising because it is against federal law. He also said we can adjust ur meds later if need be but there is no immediate danger

Nice to hear!..I dont drive, but the guy that I go up north with to the dispensary is a Vet…He has never told his Drs about having his MM card…But he is not on meds, all they want to give him is Benzos and he refuses!

I thought I read Congress was allowing some Drs. prescribe MM?
I hope it works good for you!

Hear different things on MM. I went to a games group and the facilitator was talking about a va memo that was going around, that it is still against federal law, and they are federal. My doc says many of his vets take it, and he gave me a vet to vet talk. They just won’t pay for it. But it is recommended (cannabis and cbd) for mental health issues. I just take cbd as Missouri hasn’t legalized marijuana yet! I want to go to the dispensary and get some real mellow shit…lol

Here was what I was thinking about…It is only possible in states where it is medically legal…But remember CBDs from Hemp. is legal in all 50 states.
https://www.leafly.com/news/politics/breaking-senate-approves-funding-bill-allowing-medical-marijuana

There could be another way to get you up off you butt. If you can deal with feeling hungry and learn to snack when you need to to control your blood sugar you might try Amantadine to help you compensate for your .ow energy levels. You can get it in liquid or pill form. The pills start at 100mg and I was bouncing off the walls at that low dosage so I am using the liquid and only 50mg in the mornings and it sure makes a huge difference on what I can get done. I work on my own cars but I am also a fire prevention officer and on a community waterboard and I hunt and fish so I need the ATP that this med helps make available to get stuff done.

So far so good, I feel halfway decent, I mean I have the desire to write, just wrote my speech rxist (25 years post) and I try to stay busy even push myself to watch movies, harder than it seems! My recall is better, I remember being stationed in Germany 30 years ago and some of the dumb things I did…I remembered bit and pieces over the years, but now I can put it together.